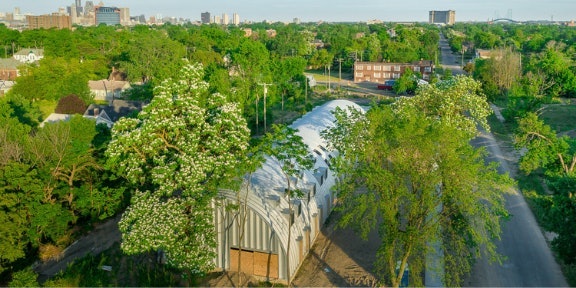 Bordered by the Corktown and Woodbridge neighborhoods and a quick drive down Grand River to downtown, Core City features a mix of single-family homes and townhomes, with a wide range of family incomes.

In early 2020, developer Phil Kafka’s Prince Concepts inked an agreement with the Detroit Land Bank Authority to purchase and develop 100 properties in the area. This will add to his significant investment in the neighborhood, the most striking of which are the residential Quonset Huts and restaurant rebuild Magnet. A key feature of Kafka’s future plans is its greenscaping: Kafka plans to keep around 80 per cent of the properties in the area as garden and parkscapes.